Login or Register to add the item to your Wishlist

We will immediately send you an email with a link and a security code to change your password.

Please register yourself or try to login again.

The address you entered seems to have some incorrect information, please check if the following suggestions match the address you are looking for:

We suggest changing it to:

Our history, one that spans centuries, paints a meaningful portrait of a brand that fully appreciates the value of tradition and how it can keep us grounded while propelling us forward. Much like any structure, heritage is built from the ground up, maintaining stability and strength by staying faithful to foundations, possessing an astute sense of the present and an unwavering focus on the future.

A LEGACY IS BORN

The Church family tree can be traced back to as early as 1617 when Anthony Church, the company founder’s great-grandfather, was born in Northampton, a town that has been known for its thriving leather and footwear industry since Cromwellian times. The skills and mantle of Master Cordwainer were passed down from generation to generation, all the way to Stone’s great-grandson, Thomas, who would establish the world-renowned eponymous brand nearly two centuries later. 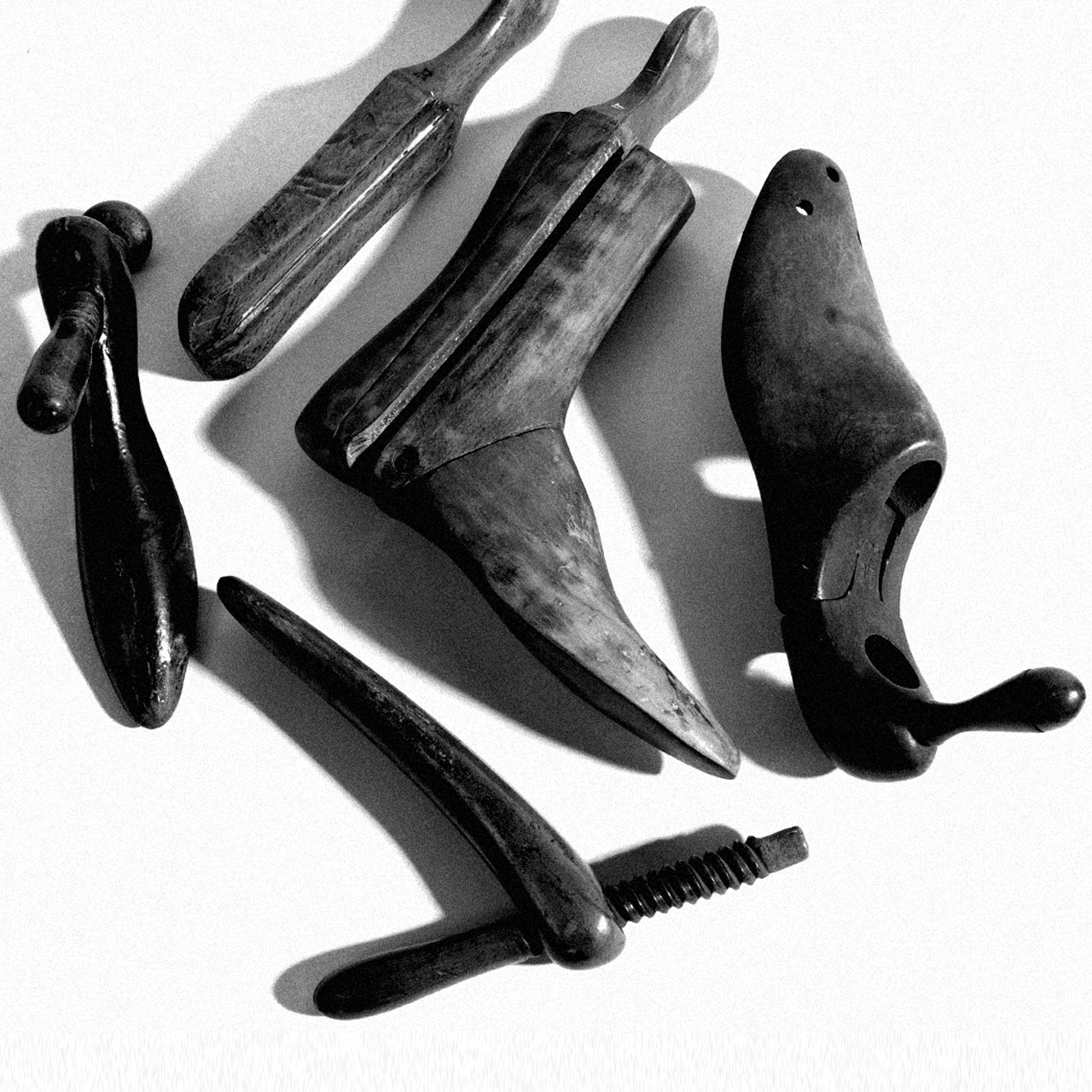 In a small workshop at 30 Maple Street in Northampton on the 1st of May, Thomas, his wife Eliza and his two sons, Alfred and William decided to set up a small factory, marking the official birth of Church’s Shoes. This structure would house the company only until 1880 when they would eventually expand to a larger premise on Duke Street. At this point, the majority of work was still being carried out in the homes of individual craftsmen, though over the next twenty years, all of the manufacturing processes would be brought in-house. 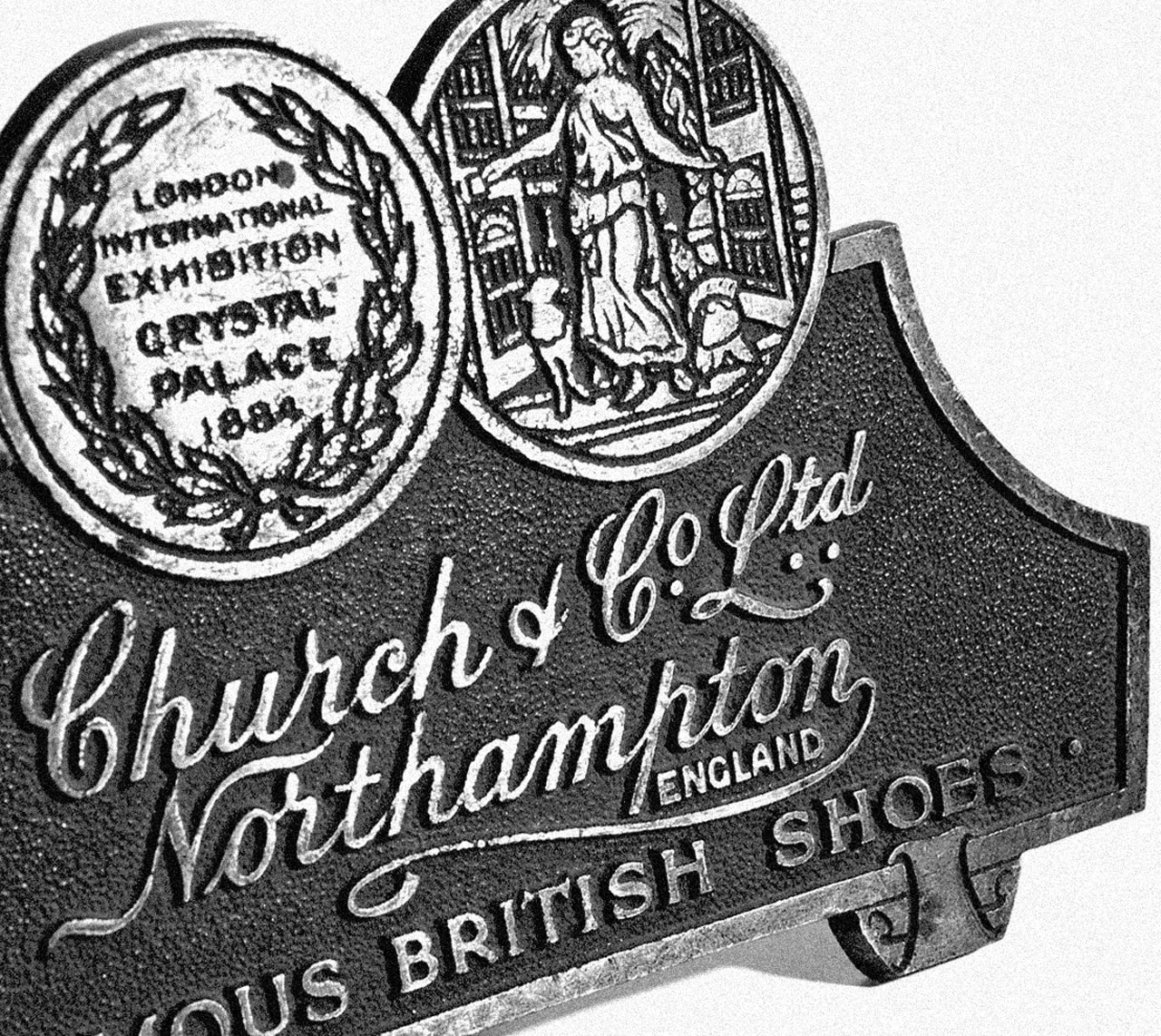 These first few decades would prove crucial to the growth of the company as the number of orders continued to rise, developing in stride with the end of the early Victorian boom and the rise of factory industrialisation.

In a bold break with the footwear trends of the time and an early manifestation of the brand’s innovative spirit, William introduced the revolutionary concept of right and left shoes in the “Adaptable” model, advertised to be available in a variety of widths, materials and unheard-of half sizes. Another style, the Trademarked “Adapted” boot, went on to win the Gold Medal at the 1881 Great Exhibition.

As the end of the century approached, William turned his eye to foreign markets and began to lay the foundations for its export business, sending representatives to South Africa, Belgium, France, Italy, Germany and the Austro-Hungarian empire. The growing success of the American footwear industry during this time would open the company’s eyes to the vast potential of this new market.

Thomas, the father, retired in 1892 and made his youngest son, Thomas Dudley, an associate partner. Two years later, a major reorganisation led to the rebuilding of the Duke Street structure into a six-storey modern factory.

During this period, the brand’s range of sporty and casual footwear expanded considerably, echoing the continuously evolving tastes of the clientele.

By 1907, the first deliveries were being made to the American and Canadian markets, solidifying the foundations on which the brand would continue to grow. In 1910, Church’s offered special lasts to U.S. retailers like Lord & Taylor and the English shoes began to make their way across the country, beginning to appear on America’s West Coast and throughout Canada.

When King George and Queen Mary visited Northampton in 1913, Church’s had the honour of creating a pair of shoes to be presented to the Royal princess and in 1919, Church’s acted as founding member of the British Shoe and Allied Trades Research Association, now known as SATRA.

The Roaring Twenties saw major upheaval in terms of lifestyle, culture and fashion. In 1921, Church’s opened its first boutique in London and introduced the brand’s first women’s shoe, “Archmoulded”, shaped to the foot’s arch.

Through the company’s partnership with SATRA (the research and technology centre of which Church’s was a founding member), the Northampton Technical College was established in 1925.

In 1929, the company strengthened its foreign presence even further by opening its very first store abroad on Madison Avenue in New York City, an outpost that would weather the Great Depression and remain for nearly 70 years until it was moved to its current location at 689 Madison Avenue. In this same year, Church’s launched the iconic Shanghai model, which was recently reissued from the archives to resounding success.

During the Second World War, Church’s concentrated its manufacturing efforts on producing shoes for the armed forces. After braving the trying economic times of the post-war period, the company underwent several significant developments, including the introduction of new employee benefits like a day-care centre and pension scheme.

In the early 1950s, the brand fortified its domestic presence through concessions in Austin Reed and the purchase of manufacturers and retailers, Jones, Crashaw and James Allan. Around this time, a new range of women’s footwear was launched as well.

In 1957, a new factory was inaugurated in St. James Road, where the company’s headquarters still reside today, while branches continued to open abroad in North America, Italy, Japan and Hong Kong.

In the brand’s second royal encounter, HM Queen Elizabeth II visited Church’s and bestowed the company with the prestigious Queen’s Award to Industry for excelling in exports. This achievement further demonstrated Church’s growing recognition as a distinguished name in the international footwear industry. 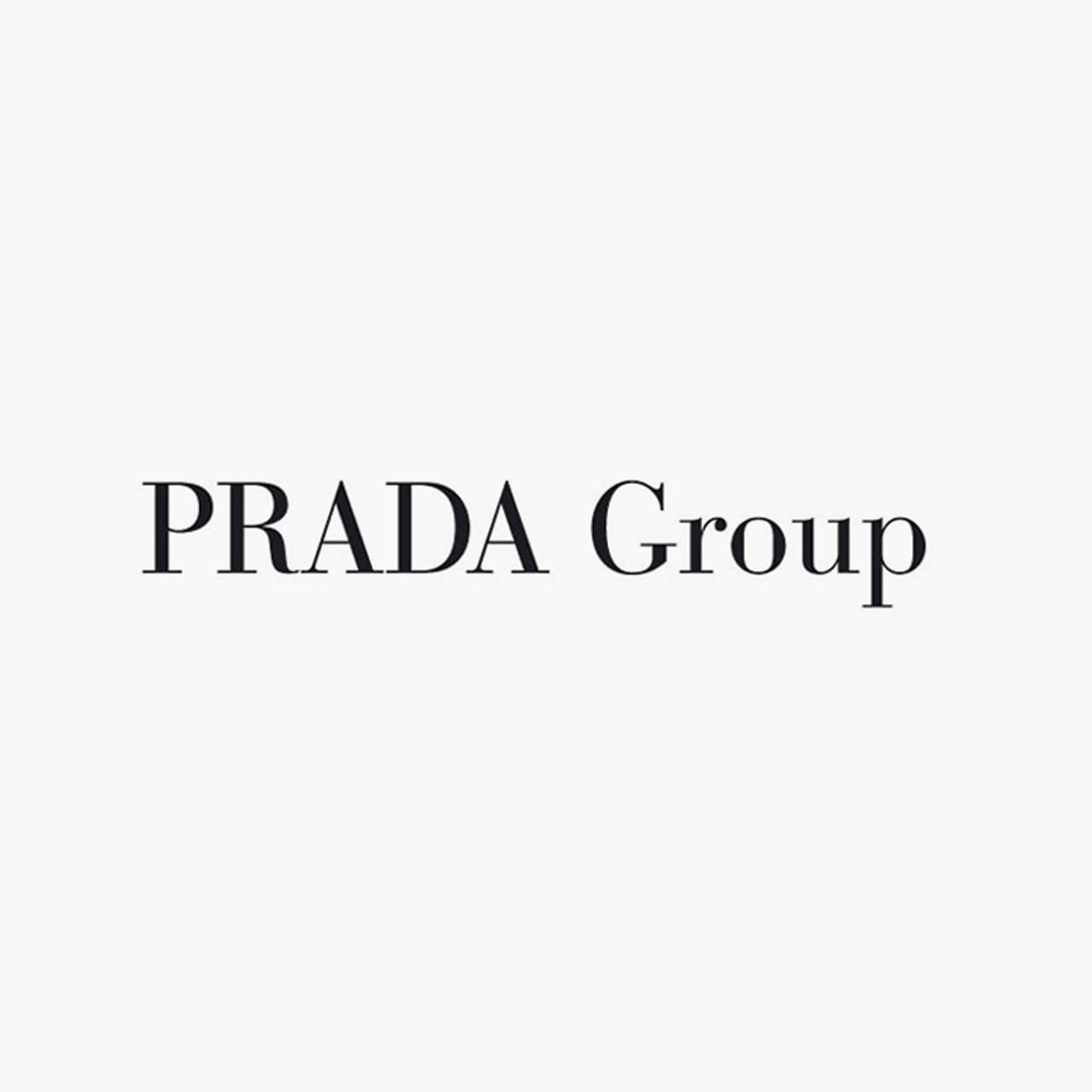 In 1999, with the support of the family, Church’s was acquired by the Prada Group, a paradigm of artisanal excellence in its own right and the ideal ally to help the shoemaker take its brand to the next level. Prada, whose luxury leather goods and shoes have enjoyed international renown for over a century, combined its inherent appreciation of heritage with a more marketing-oriented mentality to evolve Church’s global strategy. This new path saw a continued, rigorous dedication to craftsmanship and the label’s quintessential English identity with some adjustments, such as the introduction of contemporary and seasonal styles alongside the more traditional offering.

The early years of the century saw the opening of several boutiques in international capitals throughout the world, including Milan and Paris in 2001, Rome and St. Moritz in 2002 and New York City in 2003.

Starting in 2008, the brand set a new development strategy in motion, leading to a slew of international openings in Venice, Bologna, Leeds, Edinburgh, Hong Kong and Singapore. In July 2011, the first shop totally dedicated to the women’s collections was inaugurated at the heart of London’s luxury shopping district in New Bond Street.

Do you want to change
the store location?

Dear customer, we noticed that you are connecting to our GB site. We recommend shop from the site for the best experience

Switch to the
Close dialog

Enter your email below and we’ll send you an edit of our new arrivals, exclusive items and special events.

You are now subscribed to receive our newsletter